Ariana Grande is a pop superstar who has released five full albums: Yours Truly, My Everything, Dangerous Woman, sweetener, and thank u, next.

Her fourth album, Sweetener, was released in the summer of 2018. Sweetener came accompanied by the single “No Tears Left to Cry”.

Following the death of former boyfriend Mac Miller and a break-up with fiance Pete Davidson, Ariana went back into the study and recorded and released thank u, next only 7 months after sweetener.

Ariana got her big break as an actress on the Nickelodeon show, Victorious. She left the show after the first season to focus on her music. Some of Ariana Grande’s biggest singles include Problem (with Iggy Azalea), Break Free (with Zedd), Dangerous Woman, and Side to Side (with Nicki Minaj).

Over time, Ariana’s public image has transformed into a bubblegum pop star into more of a mature woman sound. Journalists and celebrities, such as Taylor Swift, Rita Ora and Selena Gomez, commented favorably on Grande’s “empowering” 2015 essay posted on Twitter decrying the double standard and misogyny in the focus of the press on female musicians’ relationships and sex lives, instead of “their value as an individual”. Grande noted that she has “more to talk about” concerning her music and accomplishments, rather than her romantic relationships. In 2016, E! writer Kendall Fisher called her “a feminist hero” in an essay examining Grande’s feminist statements. The same year, Grande was listed among Time’s 100 most influential people in the world.

In 2017, while on her Dangerous Woman tour in Manchester, a suicide bomber exploded a bomb in the foyer of her show, causing 23 fatalities and over 300 injuries. Ariana returned to Manchester, organizing a One Love Manchester benefit concert. She was praised for her strength to return and unite the city with her music.

In the spring of 2018, Ariana began dating SNL alumni, Pete Davidson. The pair quickly drew close and became engaged after only a few weeks of dating.

In 2019, Ariana released thank u next, a follow up album to Sweetener. After that, she went on a lengthly tour for the rest of 2019 to support both of her albums.

Ariana Grande Sweetener tour dates and locations are listed below! Use the links under the "Buy Tickets" heading to purchase your Ariana Grande seats from Ticketmaster, SeatGeek, or StubHub.

All Ariana Grande ticket links offered on our site, both official through Ticketmaster and resale through SeatGeek are 100% guaranteed and legitimate. Scroll further down this guide for Ariana Grande presale codes and latest Ariana Grande setlist 2022.

The following Ariana Grande VIP packages are available. To purchase, check out our Ticketmaster tickets link, select your show, and toggle the VIP packages button according to the video below.

All Ariana Grande presale codes for the Sweetener tour are listed below. Check out the Ticketmaster or StubHub pages for this tour to find out the onsale date and time for tickets.

If you have an American Express card, you can take advantage and get early show tickets. The presale number is the ten digit support phone number written on the back of the card. For most users, that will be:

Live Nation changes they presale code monthly. All concerts for a calendar month will use the same presale code.

Users who are Bkstg members received a presale code in their email roughly an hour before they went on sale on December 18th. This presale code was unique and could not be shared.

You must sign up for a 3Plus account in order to get this presale code. 3Arena will send out unique presale codes to users.

This presale opportunity is for those users who ordered the merchandise package offered by Ariana back in August of 2018. If you ordered a package, check your email for an exclusive presale code that cannot be shared.

For Platinum, VIP, and Aisle ticket offers, no Presale code is needed but these tickets carry a price premium to them!

Save money by buying your t-shirts and artist merchandise before you go to the show! Check out the most popular Ariana Grande merch on Amazon below. 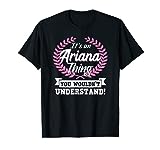 It's An Ariana Thing You Wouldn't Understand Name T-Shirt
$18.99
Buy Now
Bestseller No. 2 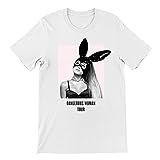 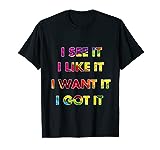 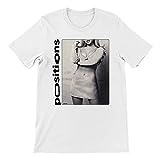 Did we miss anything in our Ariana Grande tour guide? If you know of any other Ariana Grande presale codes or ticket details, comment below and let us know.