This BLACKPINK tour guide is the ultimate source of information for the In Your Area tour. We have full concert details including:

For the best BLACKPINK tickets, we offer direct links to Ticketmaster, SeatGeek and StubHub.

April 15th: BLACKPINK kicked off their North American In Your Area tour shows this weekend at Coachella. Check out the setlist below, which should be a good sign of what they are performing on all shows.

January 9th: K-pop girl ground BLACKPINK have announced plans for a worldwide 2019 tour in North America, Europe, and Australia. Read all of the details so far below and bookmark our website or follow us on social media for more details in the future!

BLACKPINK is a South Korean female K-pop group formed by YG Entertainment. They have achieved success all over the world including North America and were the first all-girl K-pop group to chart on the Billboard Hot 100 and 200 charts. They consist of four members: Jisoo, Jennie, Lisa, and Rosé.

BLACKPINK made their debut with a maxi single titled Square One on August 8, 2016. It contained the songs “Boombayah” and "Whistle". Boombayah was the groups first number-one single on the US World Chart. The group released Square Two on November 1, 2016. The maxi single includes “Playing with Fire”, and the groups first ballad “Stay”, along with an acoustic version of their first number-one single “Whistle”. Square Two, was also ranked number 13 on the Billboard Top Heatseekers chart, and number two on the US World Albums chart.

On June 27, 2017, the group released a single titled “As If It’s Your Last”. The single is the groups second song to reach 2,500,000 certified downloads in South Korea. The single was also featured in the Justice League movie.

Black Pink made their Japanese debut on August 30, 2017, with the EP “Blackpink”, which featured a Japanese Language edition of the groups five songs. The EP was a commercial success, debuting atop the Oricon chart.

On June 15, 2018, the group released “Square Up”, which debuted atop the South Korean Gaon Chart, it also peaked at number 40 on the Billboard 200 albums chart. The EP spawned hit single “Ddu-Du Ddu-Du”. It was BLACKPINK's first single to enter the Billboard Hot 100, peaking at number 55. The single also has a platinum streaming certification within Korea. All of the EP’s four tracks debuted in the top 30 of the Gaon Chart, with “Forever Young” peaking at number two.

Later in the year, the group collaborated with British singer, Dua Lipa, on the track “Kiss and Make Up”. The collaboration was featured on Dua Lipa's self-titled album. It made its debut at 93 in the US and entered the top 50 in UK, Canada, and Australia.

BLACKPINK In Your Area tour dates and locations are listed below! Use the links under the "Buy Tickets" heading to purchase your BLACKPINK seats from Ticketmaster, SeatGeek, or StubHub.

All BLACKPINK ticket links offered on our site, both official through Ticketmaster and resale through SeatGeek are 100% guaranteed and legitimate. Scroll further down this guide for BLACKPINK presale codes and latest BLACKPINK setlist.

BLACKPINK Setlist For In Your Area Tour

All BLACKPINK presale codes for the In Your Area tour are listed below. Check out the onsale date and time for each presale so that you know when tickets go on sale.

American Express and/or Citi cardmembers can get exclusive concert presale access to some shows (see the on sale dates below). These codes are the same for every concert and are as follows:

Generally, you must have been a member of the fan club before the announcement of the tour in order to get access to these tickets. Members will be emailed presale code information to their email address on file.

Save money by buying your t-shirts and artist merchandise before you go to the show! Check out the most popular BLACKPINK merch on Amazon below. 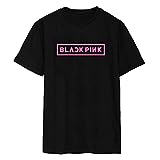 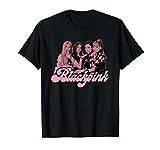 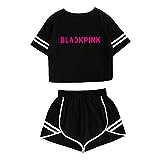 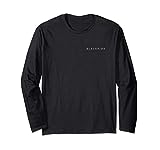 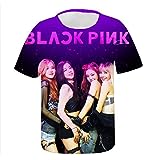 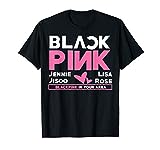 Did we miss anything in our BLACKPINK tour guide? If you know of any other BLACKPINK presale codes or ticket details, comment below and let us know.

Discuss the BLACKPINK In Your Area tour below!