Breaking Benjamin is a hard rock band from Pennsylvania formed in 1999. They released four studio albums up until 2008, when the band went on hiatus due to lead singer Benjamin Burnley's reoccurring illnesses.

The release of a compilation album amid the hiatus, Shallow Bay: The Best of Breaking Benjamin (2011), unauthorized by Burnley, brought about legal trouble within the band resulting in the dismissal of Fink and Klepaski. Szeliga later announced his departure in 2013 citing creative differences.

The band has since released Dark Before Dawn (2015) and Ember (2018) and has managed to maintain its popularity.

Some of Breaking Benjamin's most famous singles include "Diary of Jane", "Evil Angel", "Sooner or Later", "So Cold", "Breath", and "I Will Not Bow".

On October 28, 2019, Breaking Benjamin announced a new co-headlining tour in 2020 with Korn. In addition, their new album titled 'Aurora' will be released in January of 2020. Aurora is an acoustic album featuring some of their old hits and features a number of guest artists.

Breaking Benjamin 2020 tour dates and locations are listed below! Use the links under the "Buy Tickets" heading to purchase your Breaking Benjamin seats from Ticketmaster, SeatGeek, or StubHub.

The following VIP packages are available for Breaking Benjamin’s tours:

All Breaking Benjamin presale codes for the 2020 tour are listed below. Check out the onsale date and time for each presale so that you know when tickets go on sale.

Fans can get a Breaking Benjamin presale by signing up for the bands fan club before February 20th! Click here for more details.

Save money by buying your t-shirts and artist merchandise before you go to the show! Check out the most popular Breaking Benjamin merch on Amazon below. 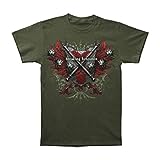 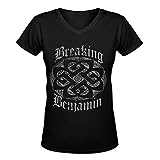 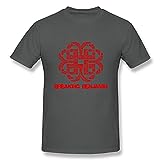 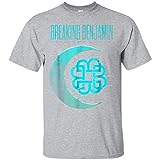 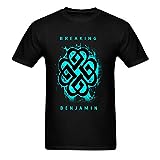 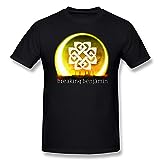 Discuss the Breaking Benjamin 2020 tour below!