Garth Brooks is a country superstar from Tulsa, Oklahoma. He integrates rock and roll elements into his country music, which has resonated with fans and has made him one of the most popular artists in the United States. He is the best-selling solo albums artist in the USA with 148 million domestic units sold. Worldwide, he has sold over 170 million records.

Overall, Garth has released 12 studio albums including a failed foray into rock music in 1999 with his “Chris Gaines” album (an alter ego). His most recent album is Gunslinger from 2016.

From 2001 to 2009, Garth Brooks took a hiatus to deal with career and family conflicts. He returned in 2009 to a Las Vegas show at the Wynn hotel which lasted for five years until the start of 2014. At the conclusion of his residency, he announced a new music deal with Sony Music Nashville. Later in 2014 he launched a comeback world tour, with wife and musician Trisha Yearwood, which culminated in 2017.

Some of Garth Brooks most popular singles include Friends In Low Places, Standing Outside the Fire, Thunder Rolls, Shameless, and More Than a Memory.

Garth Brooks 2019 tour dates and locations are listed below! Use the links under the "Buy Tickets" heading to purchase your Garth Brooks seats from Ticketmaster, SeatGeek, or StubHub.

All Garth Brooks ticket links offered on our site, both official through Ticketmaster and resale through SeatGeek are 100% guaranteed and legitimate. Scroll further down this guide for Garth Brooks presale codes and latest Garth Brooks setlist 2022.

All Garth Brooks presale codes for the 2019 tour are listed below. Check out the Ticketmaster or StubHub pages for this tour to find out the onsale date and time for tickets.

Garth Brooks does not traditionally do much for presale codes and offers. He has always maintained a below that real people should get a fair and equal opportunity to see him in concert.

Garth Brooks has often added multiple shows at one location once the demand for tickets from the first show are known. This is to deter scalpers and those who are interested in selling resale Garth Brooks tickets.

Save money by buying your t-shirts and artist merchandise before you go to the show! Check out the most popular Garth Brooks merch on Amazon below. 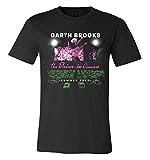 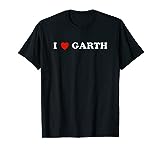 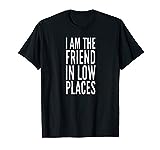 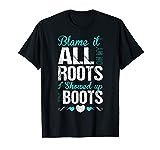 Blame It All On My Roots I Showed Up In Boots Tshirt
$19.99
Buy Now
Bestseller No. 5 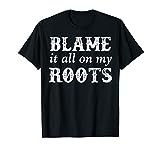 Classic Blame It All On My Roots Vintage Shirt
$18.97
Buy Now

Did we miss anything in our Garth Brooks tour guide? If you know of any other Garth Brooks presale codes or ticket details, comment below and let us know.

Discuss the Garth Brooks 2019 tour below!