This LANY tour guide is the ultimate source of information for the Malibu Nights tour. We have full concert details including:

For the best LANY tickets, we offer direct links to Ticketmaster, SeatGeek and StubHub.

November 12th: LANY has unveiled a 2019 world tour in support of their new album. Check out all of the details below!

LANY is an American indie pop band from Los Angeles.

LANY was formed in March 2014 when Paul Jason Klein, who had a small solo career, flew to Nashville to meet up with friends Jake Goss and Les Priest. The following month they uploaded two songs, "Hot Lights" and "Walk Away", to SoundCloud incognito in order to differentiate between their old and new projects.

Their debut EP, Acronymns, followed later that year, with the song "ILYSB" generating significant interest online. Singles "Made in Hollywood" and "Bad, Bad, Bad" soon followed, along with the reveal of their identities.

LANY's follow up album was "Malibu Nights" released in 2018. That album had the singles "Thru These Tears" and "I Don't Wanna Love You Anymore".

LANY Malibu Nights tour dates and locations are listed below! Use the links under the "Buy Tickets" heading to purchase your LANY seats from Ticketmaster, SeatGeek, or StubHub.

All LANY ticket links offered on our site, both official through Ticketmaster and resale through SeatGeek are 100% guaranteed and legitimate. Scroll further down this guide for LANY presale codes and latest LANY setlist.

All LANY presale codes for the Malibu Nights tour are listed below. Check out the onsale date and time for each presale so that you know when tickets go on sale.

Save money by buying your t-shirts and artist merchandise before you go to the show! Check out the most popular LANY merch on Amazon below. 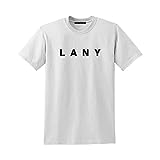 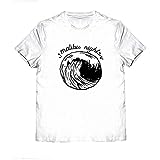 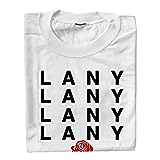 Did we miss anything in our LANY tour guide? If you know of any other LANY presale codes or ticket details, comment below and let us know.