This Madonna tour guide is the ultimate source of information for the Madame X tour. We have full concert details including:

For the best Madonna tickets, we offer direct links to Ticketmaster, SeatGeek and StubHub.

September 18th: The Madame X tour by Madonna has kicked off and since it is taking place at intimate venues around the United States, there are a lot of fans who won’t have the chance to see the pop Queen on tour.

Luckily, we have the full Madame X tour setlist posted below, along with videos so that you can preview the tour!

May 20th: Maddona has announced new Madame X tour shows in New York, Chicago, and Los Angeles. In addition, she is coming to Las Vegas, Boston, Philadelphia, Miami, Lisbon, London, and Paris. You must request tickets through the Maddona Live Nation ticket page for access!

Fans can also attempt to get tickets through the SeatGeek link in the tour dates section below. We’ll pre-warn you though, the demand is high and the number of tickets is low!

May 6th: Pop legend Madonna has announced the Madame X tour in celebration of her upcoming new album. Grab all of the details we know below so far include ticket access, tour dates, tickets, and more!

The tour is being played at small venues around North America, influenced by Madonna’s recent visit to Lisbon where she attended ‘living room session’ performances of different artists. The new shows will NOT have any presale codes. Fans must request tickets through the Madonna Live Nation page.

Madonna is a pop icon who had sold over 300 million records worldwide since her debut in 1983. She has constantly pushed the envelope of mainstream pop music and is cited as an influence for many pop stars today,

In total, Madonna has released 14 studio albums (including Madame X in June 2019). She has also starred in a large number of feature films throughout her career.

Musically, Madonna has adapted her style over the years to adjust to new audiences. She has mixed her pop sound with other genres such as rock, dance, EDM, R&B, and more.

Some of Madonna's most famous songs include "Like a Virgin", "Material Girl", "Papa Don't Preach", "Like a Prayer", "Vogue", "Frozen", "Music", "Hung Up", "4 Minutes", and many more. The lead single from her 2019 Madame X album is "Medellin" with latin singer Maluma.

Madonna Madame X tour dates and locations are listed below! Use the links under the "Buy Tickets" heading to purchase your Madonna seats from Ticketmaster, SeatGeek, or StubHub.

All Madonna ticket links offered on our site, both official through Ticketmaster and resale through SeatGeek are 100% guaranteed and legitimate. Scroll further down this guide for Madonna presale codes and latest Madonna setlist.

All Madonna presale codes for the Madame X tour are listed below. Check out the onsale date and time for each presale so that you know when tickets go on sale.

The only way to get access to Madonna’s upcoming shows is by requesting ticket access through the Madonna Live Nation page.

Save money by buying your t-shirts and artist merchandise before you go to the show! Check out the most popular Madonna merch on Amazon below. 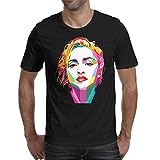 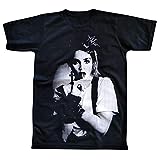 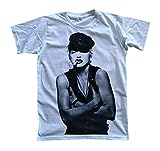 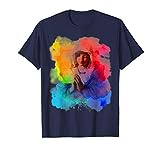 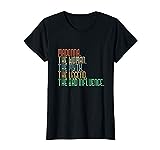 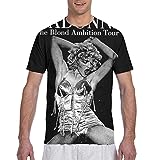 Did we miss anything in our Madonna tour guide? If you know of any other Madonna presale codes or ticket details, comment below and let us know.