This The Rolling Stones tour guide is the ultimate source of information for the No Filter tour. We have full concert details including:

For the best The Rolling Stones tickets, we offer direct links to Ticketmaster, SeatGeek and StubHub.

The Rolling Stones are extending their No Filter tour into 2020! 15 new stadium shows have been announced for the year. Grab Rolling Stones presale codes, tickets, dates, and more details below! Early tickets are available starting on February 11, 2020.

The Rolling Stones are an English rock band formed in London in 1962. Their musical focus started in covering blues songs before shifting shifted to writing original material.

The Rolling Stones were at the forefront of the British Invasion of bands that became popular in the United States in 1964 and were identified with the youthful and rebellious counterculture of the 1960s. Rooted in blues and early rock and roll, the band started out playing covers but found more success with their own material; songs such as (I Can't Get No) Satisfaction and Paint It Black became international hits. After a short period of experimentation with psychedelic rock in the mid-1960s, the group returned to its "bluesy" roots with Beggars Banquet (1968), which along with its follow-ups Let It Bleed (1969), Sticky Fingers (1971).

Exile on Main St. (1972), is generally considered to be the band's best work and is seen as their "Golden Age". It was during this period they were first introduced on stage as "The Greatest Rock and Roll Band in the World".

The band continued to release commercially successful albums through the 1970s and early 1980s, including Some Girls (1978) and Tattoo You (1981), the two best-sellers in their discography. From 1983 to 1987 tensions between Jagger and Richards almost caused the band to split; however, they overcame their differences and rekindled their friendship after a temporary separation to work on solo projects.

The Stones experienced a comeback with Steel Wheels (1989), promoted by a large stadium and arena tour. Since the 1990s, the group has lost much of their mainstream relevancy and new material has been less frequent. Despite this, the Rolling Stones continue to be a huge attraction on the live circuit.

By 2007, the band had four of the top five highest-grossing concert tours of all time: Voodoo Lounge Tour (1994–1995), Bridges to Babylon Tour (1997–1998), Licks Tour (2002–2003) and A Bigger Bang Tour (2005–2007). Musicologist Robert Palmer attributes the endurance of the Rolling Stones to their being "rooted in traditional verities, in rhythm-and-blues and soul music", while "more ephemeral pop fashions have come and gone".

They have released 30 studio albums, 23 live albums and numerous compilations. In 2012, the band celebrated its 50th anniversary.

Since 2018, The Rolling Stones have been performing around the world on their No Filter tour.

The Rolling Stones Setlist For No Filter Tour

All The Rolling Stones presale codes for the No Filter tour are listed below. Check out the onsale date and time for each presale so that you know when tickets go on sale.

The following Rolling Stones presale codes are unique for this tour:

Save money by buying your t-shirts and artist merchandise before you go to the show! Check out the most popular The Rolling Stones merch on Amazon below. 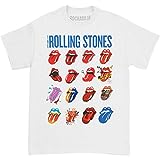 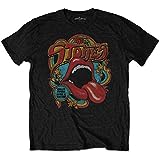 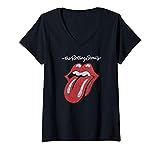 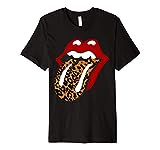 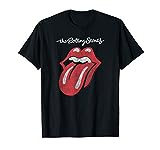 Discuss the The Rolling Stones No Filter tour below!