This Spice Girls tour guide is the ultimate source of information for the 2019 tour. We have full concert details including:

For the best Spice Girls tickets, we offer direct links to Ticketmaster, SeatGeek and StubHub.

November 5th: The Spice Girls have announced a 2019 Reunion tour! Read all of the details we have below and watch this new section for future updates and details.

Among the highest profile acts in 1990s British popular culture, Time called them "arguably the most recognizable face" of Cool Britannia, the mid-1990s celebration of youth culture in the UK.

Measures of their success include international record sales, a 2007–2008 reunion tour, merchandising, iconic symbolism such as Halliwell's Union Jack dress representing "girl power", and a film, Spice World. The group became one of the most successful marketing engines ever, earning up to $75 million per year, with their global gross income estimated at $500–800 million by May 1998.

Under the guidance of their mentor and manager Simon Fuller, the Spice Girls embraced merchandising and became a regular feature of the British and global press. In 1996, Top of the Pops magazine gave each member of the group aliases, which were adopted by the group and media. According to Rolling Stone journalist and biographer David Sinclair, "Scary, Baby, Ginger, Posh and Sporty were the most widely recognised group of individuals since John, Paul, George, and Ringo".

With the "girl power" label, the Spice Girls were popular cultural icons of the 1990s. They are cited as part of the 'second wave' 1990s British Invasion of the US.

The group has not performed together since a special performance at the end of the 2012 Olympic ceremonies. The upcoming 2019 tour is said to be without Victoria Beckham, who has stated that she has no interest in returning to music. Beckham is a successful entrepreneur in the fashion industry.

Spice Girls 2019 tour dates and locations are listed below! Use the links under the "Buy Tickets" heading to purchase your Spice Girls seats from Ticketmaster, SeatGeek, or StubHub.

All Spice Girls ticket links offered on our site, both official through Ticketmaster and resale through SeatGeek are 100% guaranteed and legitimate. Scroll further down this guide for Spice Girls presale codes and latest Spice Girls setlist.

All Spice Girls presale codes for the 2019 tour are listed below. Check out the onsale date and time for each presale so that you know when tickets go on sale.

American Express, Citi & Live Nation presale codes do not change and are standard for all concerts. so they will be valid for this tour!

Save money by buying your t-shirts and artist merchandise before you go to the show! Check out the most popular Spice Girls merch on Amazon below. 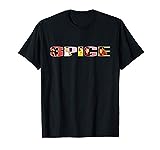 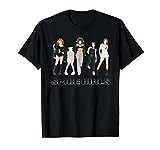 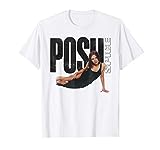 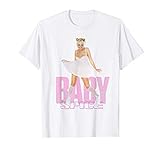 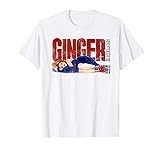 Did we miss anything in our Spice Girls tour guide? If you know of any other Spice Girls presale codes or ticket details, comment below and let us know.

Discuss the Spice Girls 2019 tour below!