Upcoming concert events at State Farm Arena in Atlanta are listed below. Click on the 'Buy Tickets' link to be redirected right to Ticketmaster where you can buy tickets! Click on the links in the event name to check out our full guide for that event.

Grab an awesome parking spot before you head to the stadium! Use the SpotHero widget below to select your event, view nearby parking to the stadium, and purchase your parking pass in advance. 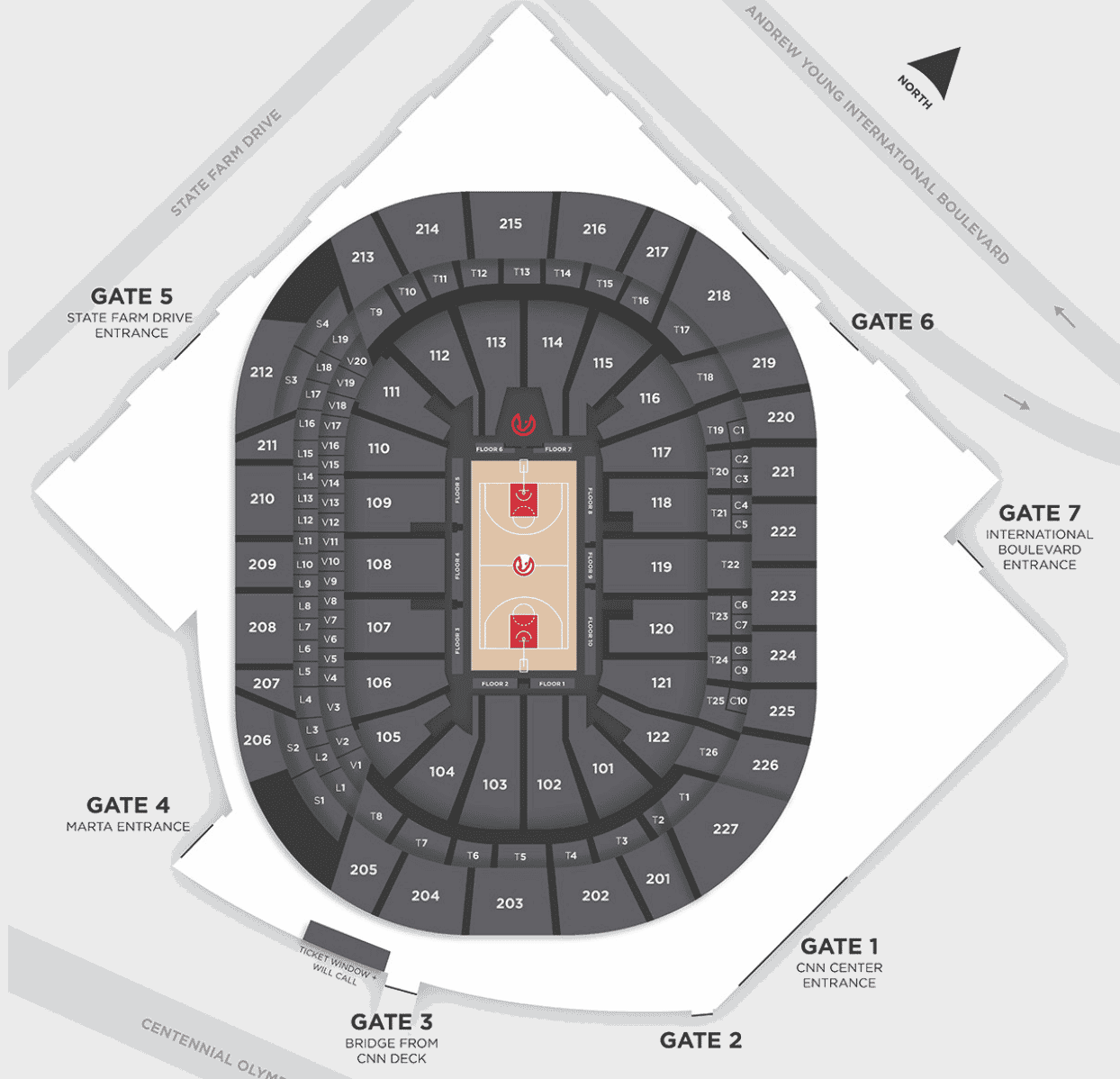 State Farm Arena Nearby Hotels To Stay At

State Farm Arena is located directly west of downtown Atlanta by less than 0.5 miles. There is a handful of hotels within a half mile near State Farm Arena and hundreds of options when you expand the radius to more than 1 miles.

The three closest hotels to the State Farm Arena are easily walking distance to the arena and also Mercedes-Benz Stadium:

All three hotels are worthy options if you are visiting Atlanta and want to stay at a hotel near State Farm Arena.

Use our Booking.com widget below to search for all hotels near State Farm Arena.

Listed below are all of the hotels around State Farm Arena in Atlanta. Enter your dates and the map will automatically update with live hotel prices for your stay!

Click on a hotel to be transferred to our sponsor, Booking.com. If you've never used them before, they are 100% guaranteed to have the best prices and selection.

There are many restaurant and food options to eat near State Farm Arena. The stadium itself is connected to the CNN Television studio, which has a full selection of fast food options available such as Arby’s, Subway, and Chick-Fil-A.

For sit down restaurants within walking distance from State Farm Arena, the closest food options are:

Listed below are the top five rated restaurants in Atlanta within 2 miles (3.2km) of State Farm Arena according to Yelp.

There are several Atlanta attractions right nearby State Farm Arena.

The arena is right adjacent to the CNN Television studio. You can take a behind the scenes tour of the CNN studio lot and find out how the USA’s biggest news network is run.

Also nearby State Farm Arena is Centennial Olympic Park, the site of the 1995 Olympic games in Atlanta. Today, the site is a busy city park with walking paths, fountains, and local vendors to check out.

Adjacent to Centennial Olympic Park is the SkyView, a massive 20 story ferris wheel where you can see some excellent views of Atlanta.

Some of the Atlanta area food located in State Farm Arena include:

Did we miss any State Farm Arena tips in our guide? Comment below if you have any further information to share!