Five Finger Death Punch is an American heavy metal band from Las Vegas. They have released 6 studio albums and have a new album, “And Justice For None” coming in 2018.

The band was recently involved in some band member controversy during their 2017 tour. It started in an interview, where vocalist Ivan Moody said he will be completing the current tour and leaving the band at the end of 2017. The next day however, an announcement was published on the official site of FFDP, where it was revealed, that rumours about Ivan’s departure are false. According to the announcement, the vocalist plans to start a side project beside Five Finger Death Punch, which does not mean he has plans on leaving.

However, during a concert in The Netherlands, Moody didn’t show up to perform the first song, which were sung by Tommy Vext, with Moody saying he was running “a little bit late”. Vext also sung a second song during the set later in the evening whilst Moody walked off stage. During the show all of the members left the stage for long periods on several occasions, and Hook also threw his guitar down and walked offstage at one point. During the set, Moody said that “there is no other singer for Five Finger Death Punch”, and then later said “This is my last show with Five Finger Death Punch” before making a slit-throat gesture. Bathory shortly after the show tweeted that the events that transpired were “not a publicity stunt.”

The day after the show in Tilburg, Netherlands, the band announced a headline European tour with In Flames and Of Mice And Men in late 2017. Later that same day, the band released a statement addressing what happened at the show via their Facebook page, stating that bands that tour as heavily as they do will “inevitably have a few derailments, but the train always keeps on moving”, implying that all shows will proceed as planned and that Moody will remain as the band’s frontman. Ivan Moody checked himself into rehab and sat out the late 2017 tour. Tommy Vext filled in for Moody as he seeked treatment.

Other artists touring that are similar to Five Finger Death Punch are:

All Five Finger Death Punch presale codes for the 2022 tour are listed below. Check out the Ticketmaster or StubHub pages for this tour to find out the onsale date and time for tickets.

Members of the FFDP mailing list will receive an email code with exclusive access to early concert tickets. If you are a member, check your email inbox for more information. We will only post that code here if it is released publicly.

As soon as the first presale begins, StubHub will have resale tickets available. These tickets come from concert promoters and bulk sellers and are 100% legitimate and guaranteed. If you don’t want to fight for a presale code, this is the easiest way to get concert tickets. To buy tour tickets from StubHub or SeatGeek:

Save money by buying your t-shirts and artist merchandise before you go to the show! Check out the most popular Five Finger Death Punch merch on Amazon below. 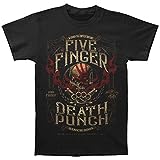 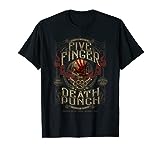 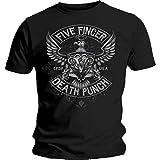 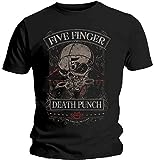 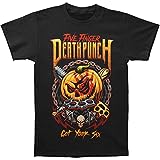