Are you planning a trip to Las Vegas and looking for things to do? The Aerosmith Las Vegas residency show at the Park MGM is one of the top attractions on the strip! Find complete details and tips on the Deuces are Wild residency with our ultimate guide.

America’s all-time top-selling rock ‘n’ roll band, Aerosmith, brings the heat to the Las Vegas Strip with their headlining residency, Deuces Are Wild. The concert tour is at the Park Theater and will bring guests face to face with the band. It is one of the most immersive, state-of-the-art audio and video technology experiences in Las Vegas.

The show will feature never-seen-before visuals and audio from Aerosmith recording sessions.

Below, we will walk you through Aerosmith Las Vegas tour dates, setlist, hotels nearby, as well as the concert merchandise. But before we dive deeper, let’s go back memory lane about Aerosmith.

Formed in 1969, it only took the band a year until they headed out on their first gig. It wasn’t until three years later when Aerosmith released their debut album.

In total, the band has released 15 studio albums. Their popularity peaked in both the 80s and the 90s.

In the 80s, some of Aerosmith’s hits included Dude Looks Like a Lady, Angel, Love in an Elevator, and Janie’s Got a Gun.

In the 90s, the band had renewed success with I Don’t Want to Miss a Thing, which was on the Armegedden movie soundtrack. They also had Jaded, and Pink.

In 2001, the rock band was inducted into the Rock and Roll Hall of Fame. The band is the bestselling American rock band of all time!

The following Aerosmith tour dates are set in 2020 at the Park MGM Theater in Las Vegas.

The Aerosmith Deuces Are Wild setlist is as follows:

Park Theater is in the Park MGM on the casino level. Seats directly across from the stage, like those in 102, 203, 304 and 404 provide the most comfortable looks of the performance.

Upper level sections offer unobstructed site lines. Keep in mind that you won’t be able to see as much detail from these seats as you would if you sat closer.

“My wife and I attended the show this week and it was REALLY GREAT! We had floor seats and felt great about the 5000 seat venue. It was sold out, and we still felt like we were right in the middle of the show!

The songs were a great set of retrospective from the different seasons of Aerosmith! We plan on seeing the show again before their residency ends in December. GO SEE AEROSMITH!!!”

“They still have it. Steven Tyler’s voice shows no holding back. I want to say that there are many moments they are singing at the very tip of the stage, or the other side. It doesn’t show them singing or jamming on the large monitors.

Being able to see the performers throughout the show would be better for fans to stay engaged in every song. I was near the stage.

Thank you for the amazing concert.I will never forget this wonderful musical experience.”

“What a great show! Read some of the reviews before leaving and wasn’t sure what to expect. All I have to say is “[email protected]#^ing Amazing! Thanks Aerosmith for making our 34th anniversary epic!”

If you want to be the closest to Aerosmith, then the Park MGM is your closest option. Room rates are usually reasonable and you will be in a good spot on the Las Vegas strip.

Click here to check out the rates for the Park MGM hotel.

The Aria is one of the newest and most premium Las Vegas hotels on the strip. If you want a luxurious stay while you are in town for the Aerosmith Las Vegas residency show, the Aria is the best choice.

Click here to check out the rates for the Aria hotel.

On the south side of the Park MGM is New York New York. This Las Vegas hotel is one of the largest on the strip. It is also American themed, which will fit in nicely with the theme of the Aerosmith Las Vegas show too.

If you prefer a little more space in your room, then the Polo Towers is highly recommended. Right next door to the Park MGM, you’ll have more room and be near the Park MGM.

Express your love for Aerosmith by wearing any of these tour merchandise: 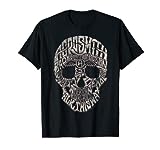 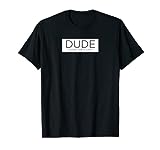 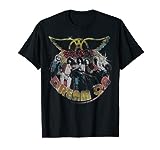 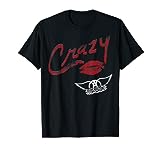 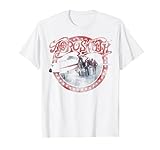 How To Buy Aerosmith Tickets

At Stadium Help, we offer the best Aerosmith tickets via the following direct links:

Do you have any contributions to make? Let us know your thoughts using the comment box below.